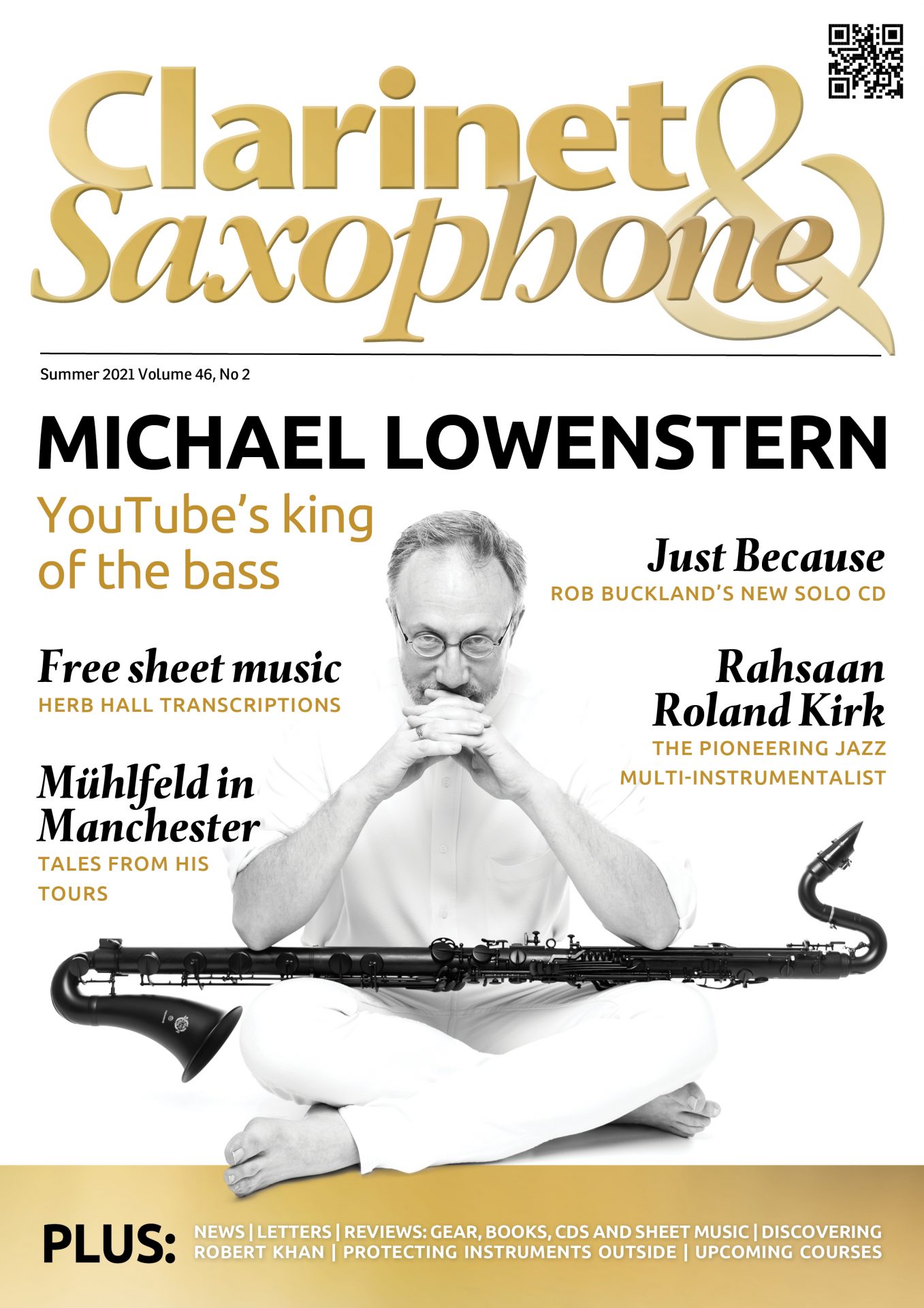 Michael Lowenstern
YouTube’s king of the bass clarinet tells us about his musical education, what it takes to keep his channel running, and how he found the right work-life formula Chris Walters

Just Because
The latest CD from Rob Buckland, Just Because – Short Stories for Solo Saxophone, was entirely recorded and self-produced at home during the pandemic Michael Pearce

Mühlfeld in Manchester
At the turn of the 20th century, Manchester concertgoers were treated to celebrated concerts by the clarinettist Richard Mühlfeld – the dedicatee of Brahms’ clarinet works Geoff Thomason