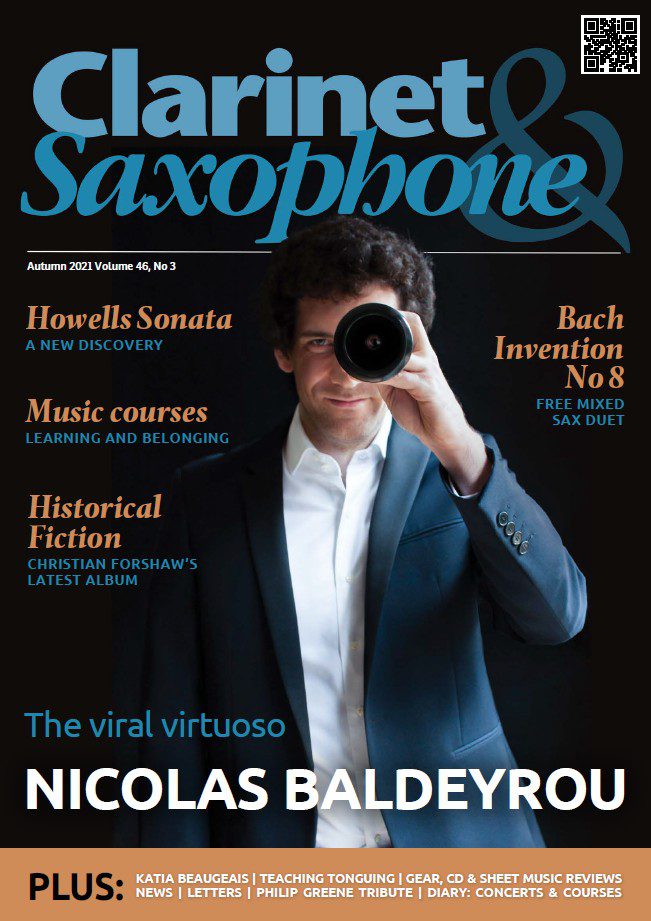 Working together
For her recent PhD, Australian-French saxophonist Katia Beaugeais looked at how being a composer herself affects the way she collaborates with other composers on new works for the saxophone Katia Beaugeais

Howells revisited
The chance discovery of a manuscript led to a rediscovery Herbert Howells’ Clarinet Sonata in an unknown, original version. Here is the fascinating story of bringing it to the recording studio. Barnaby Robson

From the archives
Our cover feature from March 1993, reporting on three of the first female clarinettists to be admitted to the RAF Central Band CASSGB