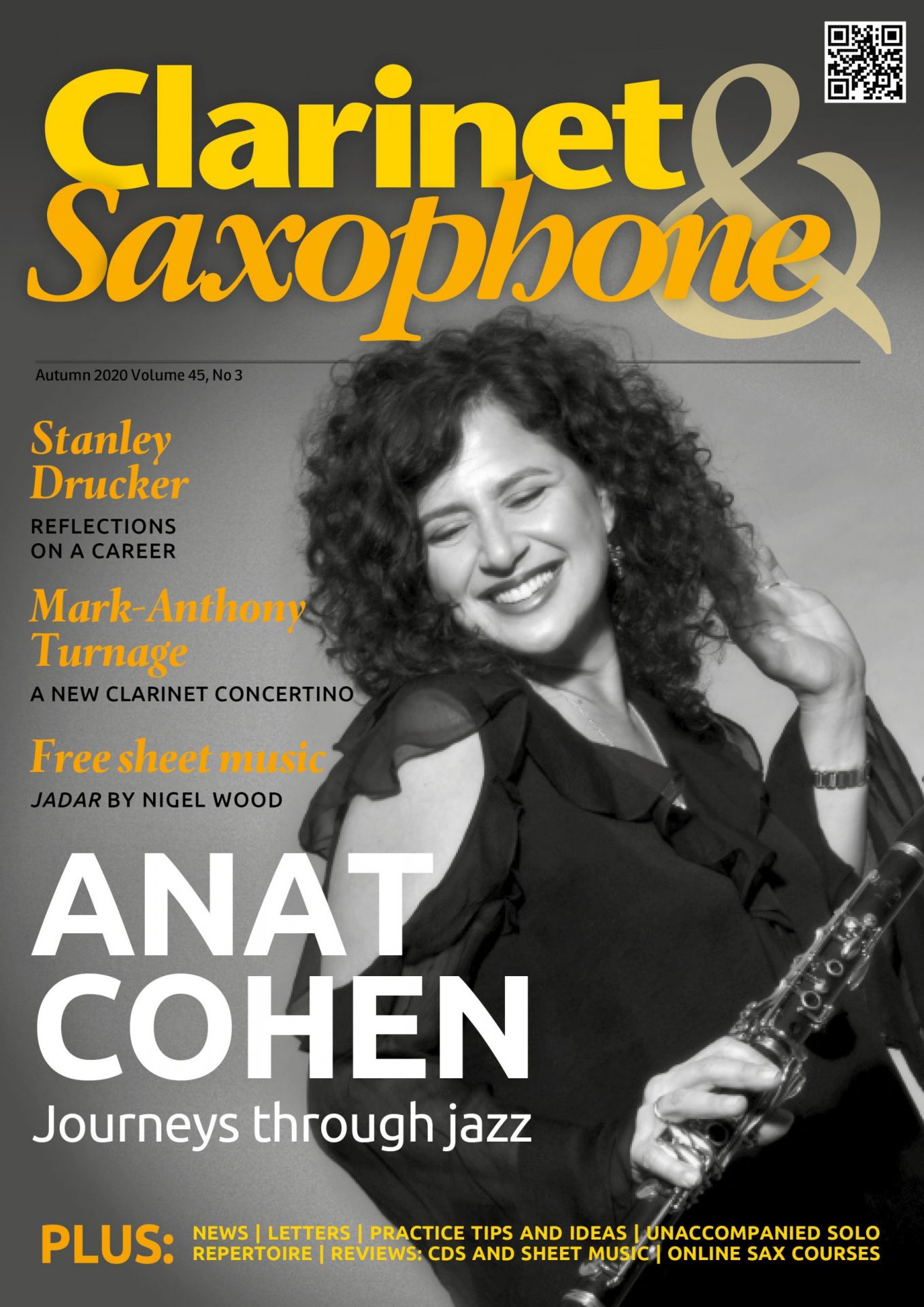 Stanley Drucker
Stanley Drucker retired from the New York Philharmonic in 2009 after a record-breaking 61 years with the orchestra, 49 of them as principal clarinet. Now, at 91, he is still practising and performing regularly. Paul Harris

Concerto for a friend
As part of his 60th birthday year, Mark-Anthony Turnage has written a new work for clarinet and chamber ensemble for the clarinettist Jon Carnac. Michael Pearce

Summer Saxes online
When the Summer Saxes course at Benslow Music was cancelled due to Covid-19, the tutors decided to move the course online. They tell us about switching to a digital venture Gerard McChrystal /Alastair Penman

Life choices
A profile of Jon Rebbeck, a professional sax player who took a 12-year break from music to pursue a parallel career as an airline pilot Kenneth Morris